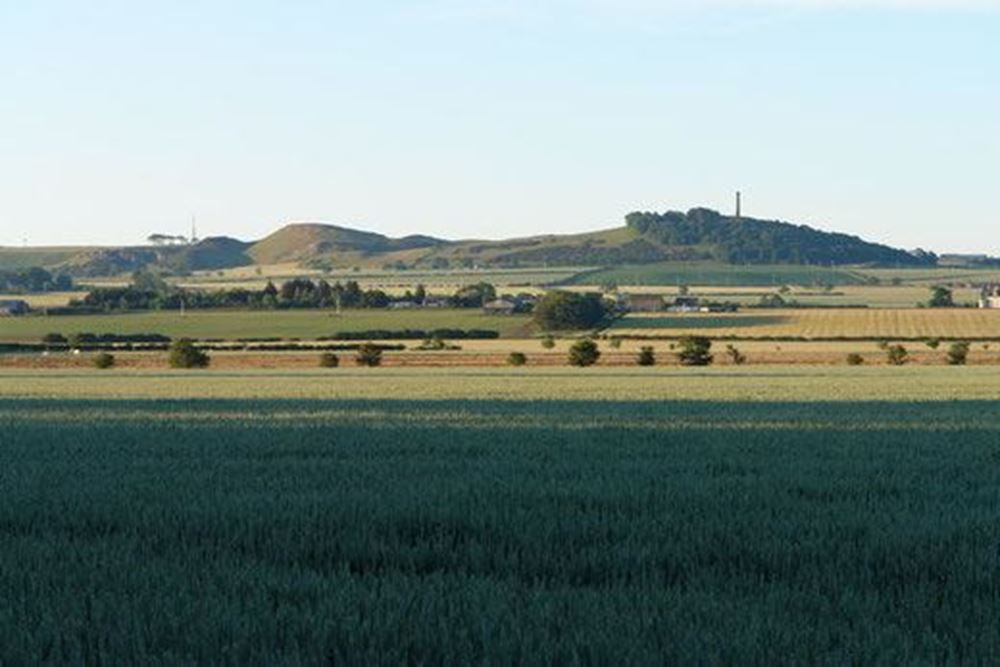 The McDowall family bought Mungoswells in 1920 from Hopetoun Estates and moved from Galloway in 1924. Mungoswells is an arable farm north of Haddington in the 'bread basket' county of East Lothian. We farm cereals, beans and clover on our 550 acres, 235 acres of this are Organic and the rest Conventional (Non-Organic).

In the Early 1800s Patrick Shirreff started selecting and breeding new varieties of wheat at Mungoswells. He was indeed mentioned by Charles Darwin even before the publication of 'On the origin of species'. We did grow these early varieties for several years but find that modern varieties give better yields and quality.

In the late 1920s and early 1930s Major Andrew McDowall developed the world's first Electric tractor, which was built in the workshop at Mungoswells. Perhaps it is this innovative streak which has led to our diversification into flour milling.

In 2008 we started building a small Maltings to take our own barley and wheat grown on the farm and convert it to malt ready for brewers and distillers to make beer or whisky. Most micro brewers don’t have their own crushing facility so a small mill was bought. Our malt is packaged in 25Kg or 250Kg bags.

Having bought the mill to crush malt we now have a facility which enables us to mill wheat to produce flour. Being partly Organic and having the maltings allows us to produce a wide range of flours such at Malted Wheat Flour and the more common flours such as Bread Flour or Plain Flour. Most of our flours can be bought either Organic or Non-Organic. In total we have 14 types of flour available to sell packaged in 1.5kg and 16kg bags. See our Products page.

Our flour is made using as much wheat grown in East Lothian as possible but as volumes have expanded we have had to look first Scotland wide then south of the border. We grow different varieties of wheat (some organic and some not) suitable for making different types of flour. Hard wheat varieties such as Paragon or Mulika are used for strong bread flour while soft wheats like Barrel or Tuxedo make plain or self raising flour for cakes biscuits etc.

Unlike commercial white flour ours has small darker flecks in it. These are tiny particles of bran, the outer protective skin on a grain of wheat which contains more protein and fibre and adds flavour. Our wholemeal flours truly have nothing taken out or put in. The flakes of bran can be seen throughout.

Many delicious things can be made with our range of flours, from all types of bread such as wholemeal bread and a malted loaf, to pizzas, cakes and scones with our plain or self raising flour.

I love the range of products and the idea of buying local. Thanks for everything :)

Your first box is only a few clicks away. Get a box of fresh, local food in your kitchen soon, packed with care and supporting your local farmers and artisan producers.